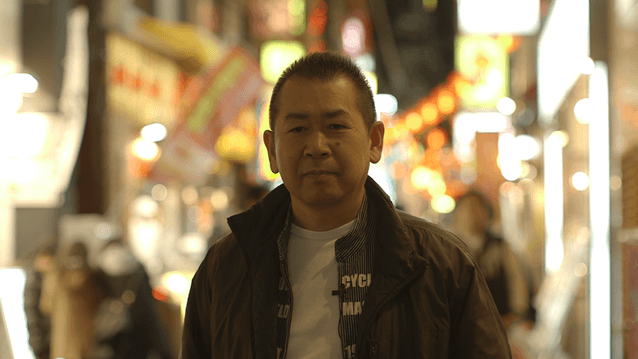 Our job is to turn mathematics into emotion. Even a banana peel becomes art when magnified 5000 times. Those who chase two rabbits do not get any rabbits. First, chase a hundred rabbits!

Yu Suzuki is widely recognized as one of the forefathers of the videogame. Over the course of his career, Suzuki has vitalized the video game industry both technologically and culturally. Suzuki is best known for his many industry firsts and genre breaking games including Hang-On®, Space Harrier™, the Virtua Fighter™ series and the Shenmue™ series.

Born on Jun 10th,1958 and raised in Iwate prefecture. Majored in Electronic Science at Okayama University of Science. Joined Sega Enterprises in 1983. The extraordinary talents of Yu Suzuki as a game creator are widely known throughout the world, but his talents extend beyond that of electronic entertainment. He has a deep and profound love of music and art. Taught by his father to appreciate art and music from his young childhood, Yu Suzuki has profound knowledge and insight into these fields, and even spent his days in junior high school playing in rock band.

He joined Sega as a programmer, and in his second year he created the first in the world simulation arcade game, Hang On. From then on, as a pioneer of simulation games, he released many hit titles such as Out Run. He also set eyes on the high potentials of 3DCG boards, participating in the design of the Model 1, a CG board in the forefront of technology at the time, upon which Virtua Racing was completed. In 1993, he created a global sensation with the release of Virtua Fighter, a 3D computer graphics fighting game. This Virtua Fighter series was highly recognized by the Smithsonian Institution, as an application which made great contribution to the society in the field of Art & Entertainment, and for the first time ever in the Japanese Game Industry, became a part of the Smithsonian Institution’s permanent Collection on Information Technology Innovation, and is now being kept perpetually at the Smithsonian’s National Museum of American History in Washington D.C. He vitalized games both culturally, and technologically, and is a meritorious man in the Amusement Industry.

In 1999, Shenmue, hailed as the origin of the open-world game, was released on the Dreamcast. Ever reaching for new boundaries, Shenmue II was then released in 2001.

‍Virtua Fighter 4 was released in 2001 with Yu Suzuki at the helm as producer.  In 2003, he received an award “Hall of Fame” for his career and all the success he made. The award was presented to him as part of the Interactive Achievement Awards at the 2003 D.I.C.E. Summit (Design, Innovate, Communicate, Entertain) held in Las Vegas.

Motivated by the support of fans who wanted to see a continuation of the Shenmue series, Yu Suzuki launched a crowdfunding campaign on Kickstarter for Shenmue III in 2015. The campaign was an immediate success, earning two Guinness World Records in the process: “Fastest $1million pledged for a crowdfunded videogame”, and “Most money pledged for a Kickstarter videogame.” Shenmue III was released in 2019, and in the same year Yu Suzuki received The Golden Joystick Awards’ Lifetime Achievement award, highlighting how he continues to influence generations of game creators and inspire imaginations worldwide with his unflagging passion to create and innovate.